While ZEC’s privacy features give it a unique advantage, it remains to be seen whether the token can recover from its current bearish trend

With a market cap of around $1.5 billion, Zcash (ZEC) is ranked in the mid-fifties on CoinMarketCap. As the crypto market grows fonder of altcoins, Zcash has the potential to explode in popularity this summer due to its privacy features.

ZEC brings to users the benefits of decentralisation and privacy, two of the most important cryptographic principles, and so in this article, we will analyse the possibility of Zcash mounting a comeback from May’s bearish climate on the back of its ever-strengthening fundamentals. We will explore ZEC’s current price, the factors that could affect its price in June, and price predictions for the end of the month.

ZEC entered the market at over $5000 in 2016 but the token’s price began to drop within weeks of the launch. By December 2016, the coin dramatically plunged to $48.90 with experts citing low supply and the slow start of mining rewards as the reason for ZEC’s high price at its launch. The coin recovered, trading at $520.67 by the end of 2017. However, before Zcash could attempt to regain lost ground, the token was hit by the 2018/19 bear market, and its value fluctuated between $30 and $70. 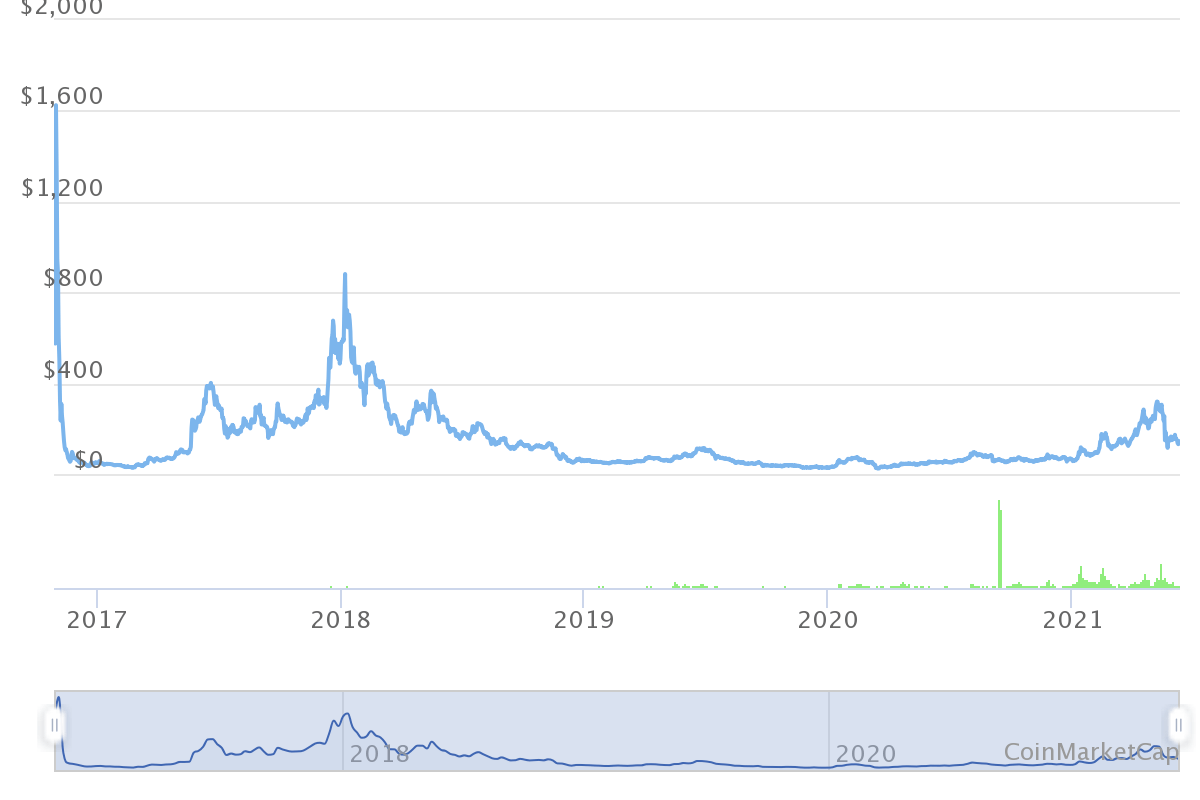 This price volatility has become a defining characteristic of how Zcash is viewed in the crypto community. While booms in the crypto market, blockchain upgrades, and cooperation agreements have pushed ZEC’s value to over $300 multiple times, the token has struggled to stay above this psychological price level. The same was seen last year when Zcash made a significant improvement in its price in February but reacted bearishly to the crypto market crisis in March, falling below $25.

Despite this, the coin has continued to recover since the second half of 2020 and is changing hands just shy of $150 at the time of writing and has lost over 19% of its value in the last 24 hours. However, experts remain hopeful for the future of Zcash as its privacy-focused approach is expected to be in greater demand in the future.

The coin’s historical price moves show that it reacts exceedingly well to crypto booms, and the increasing interest in cryptocurrencies owing to the pandemic is expected to help ZEC recover quicker than before.

There are several factors that could drive the price of Zcash in the month of June. Here, we will explore a few of these.

As the United States Treasury makes it mandatory for all crypto transactions over the value of $10000 to be reported, the demand for altcoins that offer anonymity like Zcash is predicted to increase. Its privacy features might also be beneficial to users looking to protect their identity in light of regulatory agencies’ crackdown on crypto wallets in many countries. Crypto titan Barry Silbert also weighed in on the matter recently, saying that he believes privacy features are bound to become a huge draw for investors in the near future.

The level of interest in cryptocurrencies has only increased since the pandemic with more institutional investors entering the crypto market. While Bitcoin and other major currencies did enter a period of stagnation since the May 19th crash, it is safe to say that recovery from the downward turn has already begun, making it an attractive period for investors. After President of El Salvador, Nayib Bukele, announced earlier this week that Bitcoin is now legal tender in the country of El Salvador, the currency rose by over 10% within 24 hours, creating a ripple effect in the market. Altcoins like Zcash react strongly to the rest of the crypto market, meaning that the price rise gives the possibility of an upcoming bull run in the crypto market.

The volatility in price points towards a fierce battle between bulls and bears in the ZEC market, making it an exciting period for investors. If the price consolidates above the $180 support level, ZEC could hit $200 in June and aim for somewhere between $300 and $350 by the end of the year, marking a 50% increase from its current price range. 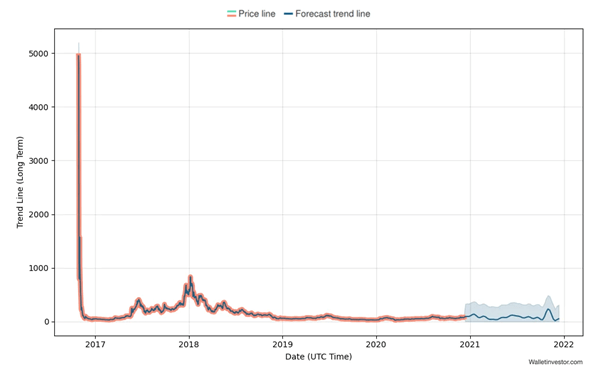 An increase in investor interest towards altcoins and the incentives offered by Zcash’s privacy-focused features means that ZEC could trade between $200 and $350 in the coming months. Analysts at WalletInvestor predict that Zcash might reach $377.832 by the end of the year, possibly reaching the $300 price level in June itself. DigitalCoinPrice also sees an incoming bull run and speculates that ZEC will trade at an average of $495.99 for the rest of the year and hit the $1000 mark by 2021.

In the coming few years, Zcash is expected to forge partnerships to strengthen its blockchain infrastructure and directly compete with Bitcoin, citing better reliability and privacy. Its ability to retain user anonymity is expected to increase the number of users and investors as crypto regulatory laws are strengthened. The token is expected to be part of the top 30 cryptocurrencies by 2025. The upcoming bull run with optimistic out-of-market signs makes Zcash our cryptocurrency to look out for, this June 2021.