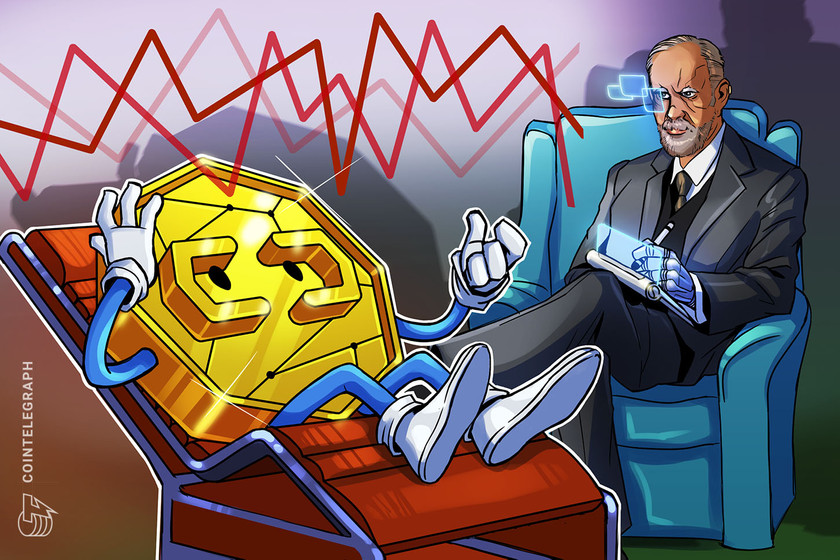 The global crypto market lost $200 billion overnight leading into Tuesday morning, adding to $300 billion losses for the week. Momentum pushed the global market cap down since Bitcoin (BTC) hit a recent peak in April, followed by an altcoin peak in early May. Following $1.1 trillion losses since then, the previous quarter’s growth has been completely eradicated across the breadth of the crypto space.

The recent slump also coincides with a marked decline in the number of transactions flowing through the Bitcoin blockchain. On May 30, the number of daily Bitcoin transactions dipped as low as 175,000 — a near three-year low that stretches back to September 2018, according to data from Bitinfocharts.

The number of Bitcoin transactions hit 392,000 in January 2021, and remained fairly stable up until April 15 — two days after the coin price peaked. Since then, both have been in decline, with transactions dropping by more than 50% throughout May.

The same general pattern was witnessed with Ether (ETH), where daily transactions sank from 1.6 million on May 11 (the same day the coin price peaked), to 1 million by June 6 — a 37.5% decline.

The number of on-chain transactions doesn’t paint the full picture for Bitcoin or Ether, owing to the former’s use in the Lightning Network, and the latter’s utilization by its own multitude of layer-2 protocols.

The dollar value of coins locked in the Lightning Network also declined heavily since hitting an all-time high of $76 million on April 14, dropping to $47 million by the time of publication.

Whether the general decline continues is a matter of intense speculation for market analysts, who provide both optimistic and ominous predictions for the future direction of the BTC coin price.