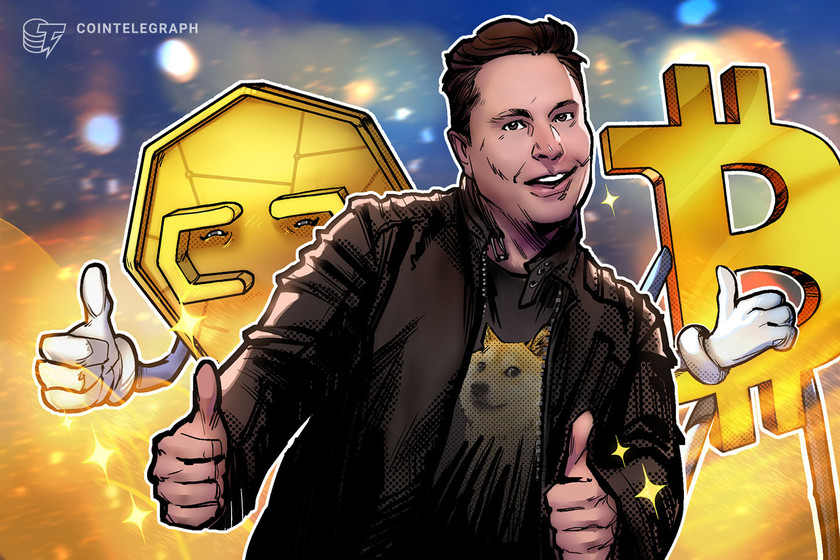 After a crippling market downturn that may be picking up steam this weekend, in a tweet this morning, Elon Musk has voiced tepid support for cryptocurrencies.

The Tesla CEO, whose about-face concerning accepting Bitcoin payments for new vehicles last week was widely blamed as a catalyst for the downturn, responded to a Twitter user who asked what he thinks about “the peeps who are angry at you because of crypto.”

In response, Musk seemed to take a long view of the situation, saying that crypto’s primary challenge isn’t short-term price action, but instead and ongoing battle against fiat:

The true battle is between fiat & crypto. On balance, I support the latter.

The entrepreneur noted that he “supports” crypto in that battle, but only barely, noting that the decision is “on balance.”

Musk’s tweets about cryptocurrencies have been in the spotlight since the market downturn — a brutal crash wiping upward of 50% off of major digital assets and sparking fears that the bull run could be over.

Musk — who has been shown by multiple studies to be capable of influencing Dogecoin markets with his tweets, though larger currencies by market capitalization have proven to be more resilient — has been giving mixed signals in regard to his support as of late and has insisted that cryptocurrencies need a way to become more environmentally friendly.

To be clear, I strongly believe in crypto, but it can’t drive a massive increase in fossil fuel use, especially coal

His flighty and often changing opinions have been closely watched by the financial press — enough so that a recent survey shows that half of Australians believe Musk is the inventor of Bitcoin. Bitcoin (BTC) was created by a developer working under the name Satoshi Nakamoto.

The crypto community appears to be turning on him, however, as a petition has been circulating urging the world’s third-richest man to sell his Bitcoin along with the Bitcoin Tesla currently holds.